Among the most significant religions facts in Japan, we must recognize a particular care when dealing with one’s deceased relative. It’s a very intimate and delicate moment, and it requires a lot of attention and dedication, in order to peacefully lead the dead in the land of the other world.

Who are the dead in Japan? 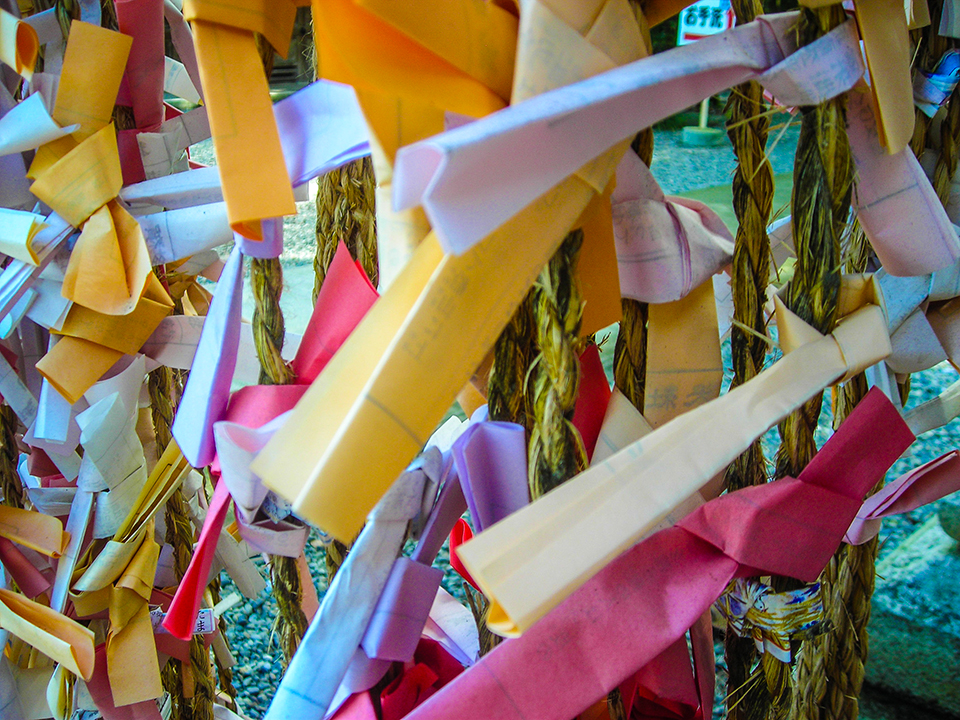 Since we are dealing with a complex topic, we must immediately specify that the category of the dead in Japan is not a compact and unambiguous one; we have the interaction between pre-buddhist beliefs, on top of which other continental influences are superimposed (Confucianism among them) blended together with teaching and practices of the various Buddhist schools and sects.

There are two main images of the dead; the first is that of peaceful and steady dead – yusurakana shisha (peaceful dead), jōbutsushita shisha (who reached the Nirvana), seisha wo mamori engo suru shisha (who protect the living). The second image is that of the lost, wandering souls driven by tatari, envy and grudge, who are unable to move beyond. In the popular culture, the main concern is to transform the lost and potentially harmful souls in peacefull and protecting spirits; in popular conceptions indeed, of the popular beliefs, resentful spirits with unfinished business must be appeased and sent permanently to the other world in order to become peaceful ancestors. This is a duty for the living; relatives and close friends have to pursue this objective with various services and methods.

The family structure in Japan 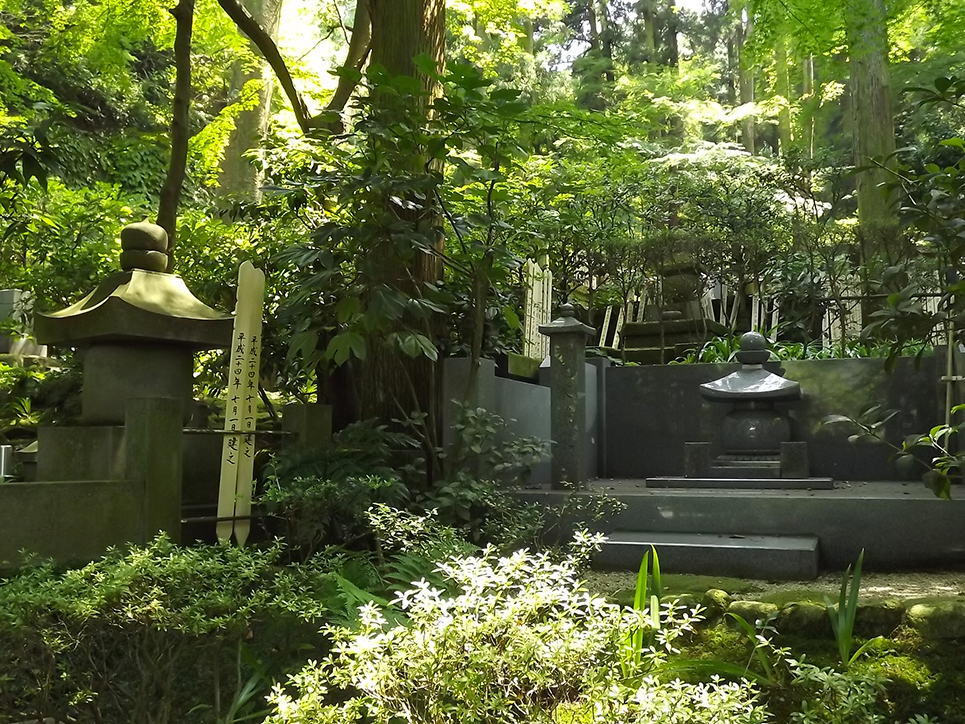 In order to better understand the dynamic interaction between these two categories aspects, it is fundamental to previously focus on the central element of the ritual and funerary practices in the Japanese society, namely the familiar unit, the ie. Hori Ichiro, the great foklorist and religious specialist, employed the term dōzoku to identify the familiar structure considered as the grouping of a main central family, the honke, and a series of secondary branches, bunke, linked one with the others through a patrilinear lineage.

This structure expects the first born to provide to the continuity of the honke branch, while the younger brothers are expected to start secondary bunke branches.

This system was established by law in the Civil Code of 1898, and remained until the end of World War II, thus shaping the ancestors worship and the funerary practice for a long time. The current Civil Code promulgated in 1947 abolished the ie system as a legal entity and thus nullified legal controls. However, the ie surived widely in social behavior as the locus for ancestor worship, and had to be acknowledge in legal practice. In ancient times, the ie owned its own temple and graveyard, and all its members were compelled to participate in the various annual celebration and the commemoration of the deceased under the guidance and leadership of the honke head of the house.

The honke family and thus its head held the political, economic and spiritual authority, and had the responsibility of controlling the everyday life of the bunke branches. In exchange, the members of the secondary lineages are tied to the chief line through a series of material and spiritual obligations. 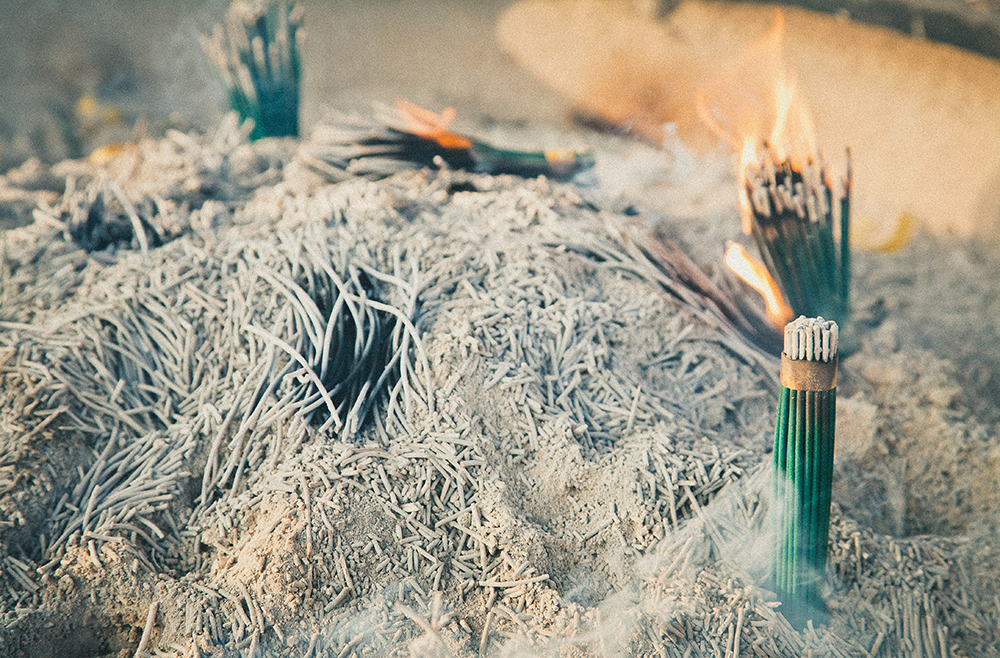 Photo by Francesco Gallarotti on Unsplash

The ancestors worship has the main social function of safeguard the conservation of the ie structure. By worshiping the ancestors, the founders of the family, the rituals aim to strengthen and perpetuate the system; every ie has a founding ancestor who is worshiped both by the honke line and the various bunke branches.

Within this structure, however, not every member of the family is destined to become an ancestor, senzo; only the head of the family can achieve this status after death, meaning that only the male heir, the carrier of the patrilinear and patrilocal line, is suited to the role. Moreover, in order to rightfully enter the society of the ancestors, he must properly fulfill all the stages in the life cycle, and adhere to his duties; in particular, he must marry and have descendants in order to assure the stability and continuity of the ie.

The importance of the ancestor, and the cult connected, is clearly understandable if we keep in mind the centrality of the family ie withint the social structure. The membership to the ie is so important that it lasts also beyond death; the awareness of being part of a family is reinforced by the ancestors worship, which acts in order to maintain the social structures through this family identity. The ancestors worship is a symmetrical image of the social organization of the living, through which the position of the head of the family is strengthened, and the hierarchy is confirmed.

At present, the ancestor worship in Japan is a system that presents some specific main features; it is conceived as a belief that provide an origin for the extension of the ie, while through the generation the ancestors have the utmost concern for the family’s well-being and they provide protection and security. Moreover, ancestors are the wellspring from which the family line derives, and they are not considered as particular deceased people but as the souls of all the family members which retain their uniqueness only for a given time and then become a generalized concept. Most families do not know the personal name or the origins of the founders even if ancestors are considered to be guarding the life of all descendants. The absolute respect for ancestors is an ethical imperative for all the members of the family; they are to be given respect as superhuman powers, but there is no specific requirement tat they bear individual name or personalities.

Aside from the spirit of the ancestors, and opposite to them, there is a wide category of unsettled spirits, whose relationship with the living is complex and uneasy. The mechanism linked to the image of the unsettled spirits, and in particular the vengeful ones, takes on a significant meaning in relation to the ancestor worship, since the malemort (“bad death”) tends to put the individual outside the genealogy; as a consequence, the dead is strongly individualized, never blending in the wide society of the ancestors.

The category of the unsettle dead is broad and complex, with the interaction between local, indigenous beliefs and Buddhist images; however, we can find two main type of spirits, the muenbotoke, the spirits without bonds, and the vengeful spirits called goryō or onryō.

In more recent years, a new type of soul entered the imagination and the practices of Japanese believers, the mizuko, souls of the dead or aborted children.

END_OF_DOCUMENT_TOKEN_TO_BE_REPLACED

Painting Japanese buddhism and religions | Traditions and culture in Japan

Japanese buddhism and religions Hi and welcome back! Today, I want to have a quick - and easy - chat about Buddhism: I talk about the figures of Bodhisattva, which in Japan are called bosatsu 菩薩. In the...

END_OF_DOCUMENT_TOKEN_TO_BE_REPLACED

#9 apps to travel to Japan

In May, I will be back to Japan and I will visit some new places that were on my bucket list since ages... so, I am getting ready (again) for the trip, and aside...