You know I am in love with Japanese popular religions, and I could meet different kamisama in my travels. The second kamisama I could meet was an older woman who lives with her daughters in the suburbs of Hirosaki. I visited her on August 4th, 2014 together with a new informant, Noriko, a very nice lady from the city who accepted to conduct me to the kamisama; with me, came a fellow researcher and Aya, the young interpreter from Misawa. Noriko led us to the kamisama’s house, a small building with a wide garage rearranged as a living room, to enjoy some fresh air in the hot summer days.

Not only itako in Japanese religions 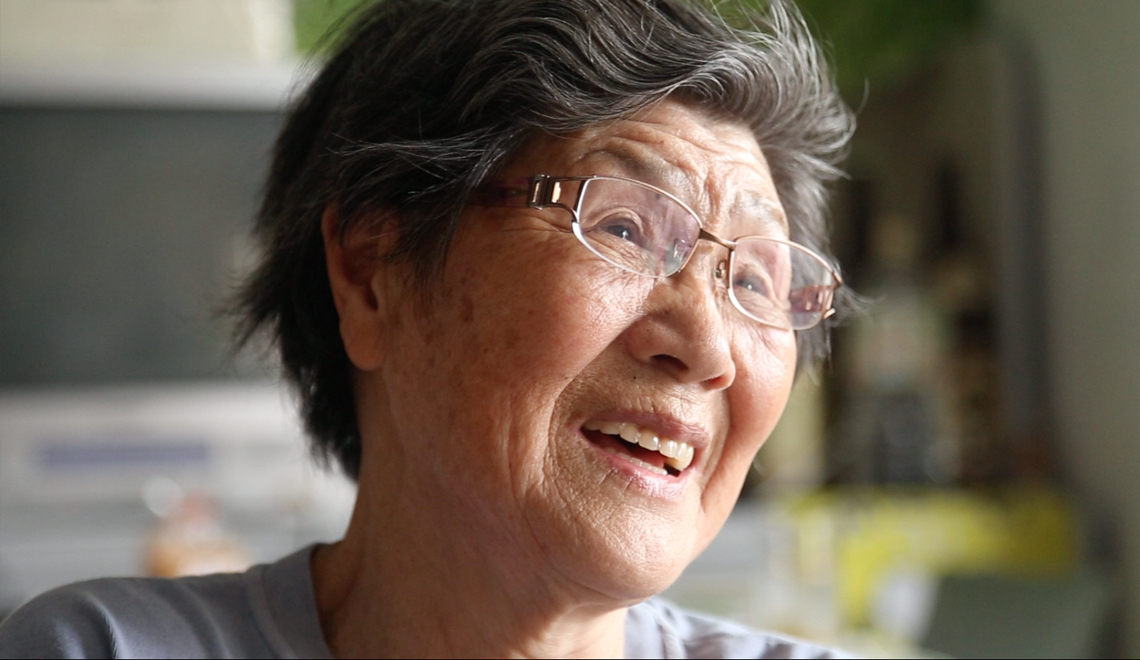 While we parked in front of the house, a woman of about 45 years old came outside to meet us; she is K. the kamisama’s younger daughter. When we entered the open room, we met Iyo-san イヨさん, a quite woman of about 80 years old, with thick glasses and short hair; she welcomed us with a warm smile, and she invited us to sit around the table in front of her. Her other daughter was sitting in a corner, and she participated at the conversation.

They have a strong Tsugaru accent, and especially Iyo-san tends to speak mainly in dialect, which makes harder to understand her account, even for the other Japanese people who often stepped in to ask for an explication. The younger daughter, K., led the interview, starting by saying that Iyo-san is the last kamisama in the area; she also told us immediately that she will succeed her, since she is already in training to become a kamisama. Her family is familiar with the kamisama practice, since Iyo-san could train under the guidance of her mother-in-law, Tayo タヨ who was a specialist in the area.

K. reported that her grand-mother Tayo began to practice when she was 28 years old, by entering the mountains, in particular the Iwaki-san 岩木山, the most important sacred mountain in Tsugaru. Mt. Iwaki is also known as the “Fuji of Tsugaru” 津軽富士, or the “Oku Fuji” 奥富士 (the inner, hidden Fuji), and it’s a dormant volcano in the central area of Tsugaru; toward the end of the 40s of the Showa era a motorway and a lift were built, that allowed tourists to climb, but in older times, since it was a sacred mountain, the access was forbidden, and in particular there was a strong nyonin kinsei 女人禁制, the prohibition to climb the mountain for the women. On the south-east slope there can be found a small village, called Hyakuzawa 百沢, where the Iwaki-san jinja was built, nowadays a famous tourist attraction in Tsugaru.

The three peaks and the kamisama in Aomori-ken

Mt. Iwaki can be divided in three peaks, which are the Iwaki-san, the Chōkaizan 鳥海山 and the Gankisan 巌鬼山; each of them had a specific honzon本尊 (a principal deity, as main object of worship), specifically Amida阿弥陀, Yakushi薬師and Kannon, and thus the Mount Iwaki took on the denomination of Iwakisan-mitokoro Dai-gongen 岩木山三所大権現 (lit. “Iwakisan of the triple great incarnation”). The northern slope of the Gankisan is well renowned as the Akakura-yama 赤倉山, a side of the mountain with a great number of waterfalls, slopes and rocky walls created by the river Akakura-gawa 赤倉川; this harsh area has been known since the ancient times as a place for Shugendō 修験道 ascetic practices, and as other sacred mountains is often considered a space destined to the contact with the spirit world.

The number of practitioners who entered the mountain to perform ascetic practices is always been important, but since the end of the Taishō era大正時代 (1912 – 1926) on these slopes have been built about twenty seclusion huts (gyōgoya行小屋) used as a retreat by the local kamisama; these huts were furnished with basic stoves and water supply and could house some ten fusha. Among the huts, a small “jinja” was built, for the main important rituals. Iyo-san called this area Akakura kamisama machi 赤倉カミサマ町 (the Akakura town of kamisama): now almost completely abandoned, this was the most renowned place to practice ascetism and to detach oneself from the world in order to enter the path of the kamisama. 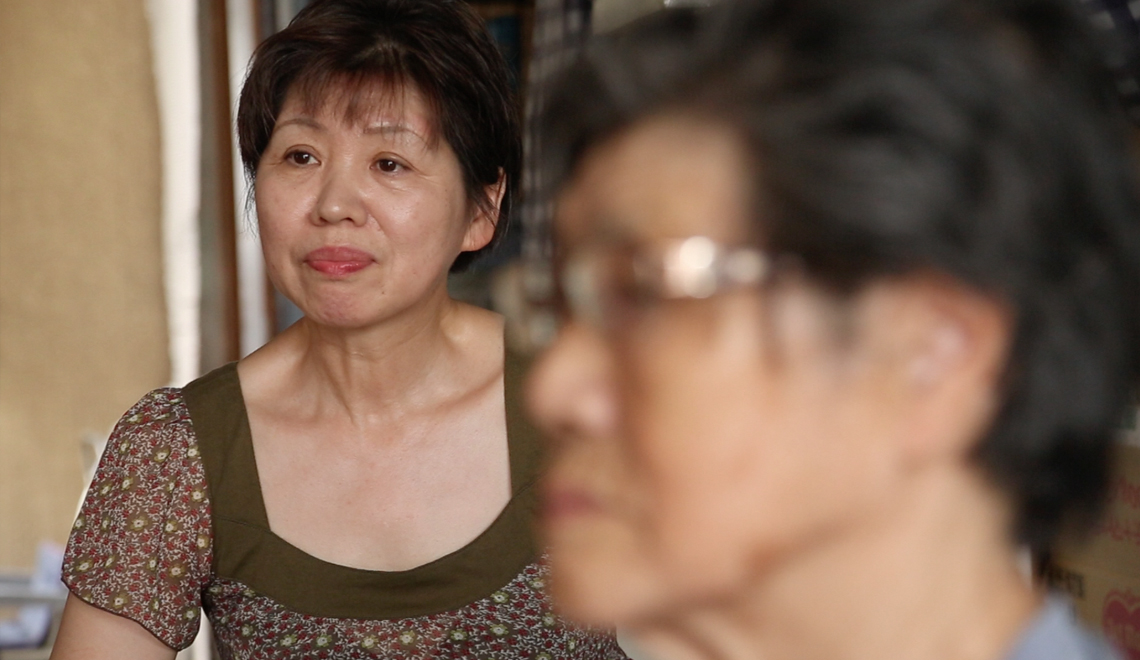 Tayo practiced a lot in this place, with a very rigid ascetic exercises and pace.

She would practice walking around the Iwaki-san for three days and three night without eating or drinking.
K., August 2014

Even though it’s not completely clear how Iyo-san herself decided to start this activity (it seems more likely that, given the close relationship with the mother in law, she followed in her footsteps as a hereditary transmission), by the time she was fifty she started practicing in the mountain

I reduce my diet to only onigiri and the like, and ate in 2, 3 minute; I just kept sitting, all day long, praying the kamisama, and asking them for their strenght. For the whole day I would just sit and pray. I would receive the power from Amaterasu-sama and Iwakisan no kami
Iyo-san, August 2014

She would enter such a rigid practices that she would seclude herself for three weeks, while only chanting, fasting, praying and practicing what she call kanshū寒修 (ascetic practices performed in the coldest winter months, often in January, through ascending the mountain and performing mizugori in the waterfalls); as a consequence of this, she started having visions

After this first episode, she reported having other visions while praying, and she interpreted them as the kami and deities who came to visit her and to bestow their power on her.

Iyo-san, as well as her mother-in-law, started to practice the as kamisama in the area after the first moment of ascetic practice; their main activities were divinations and oharai, even if Tayo in particular had the chance to perform some “itako-like” (itakotekina イタコ的) ritual for the spirit of the dead. Iyo-san is now retired, and her younger daughter is following in her footsteps, training in the mountain to become a kamisama; she starts to gain some popularity in the area appearing on local magazines, even if she declared that she has still a lot of training to do before she can be actually considered a full-fledge kamisama like her mother.

READ MORE: The Kamisama of the North: Kimura-san 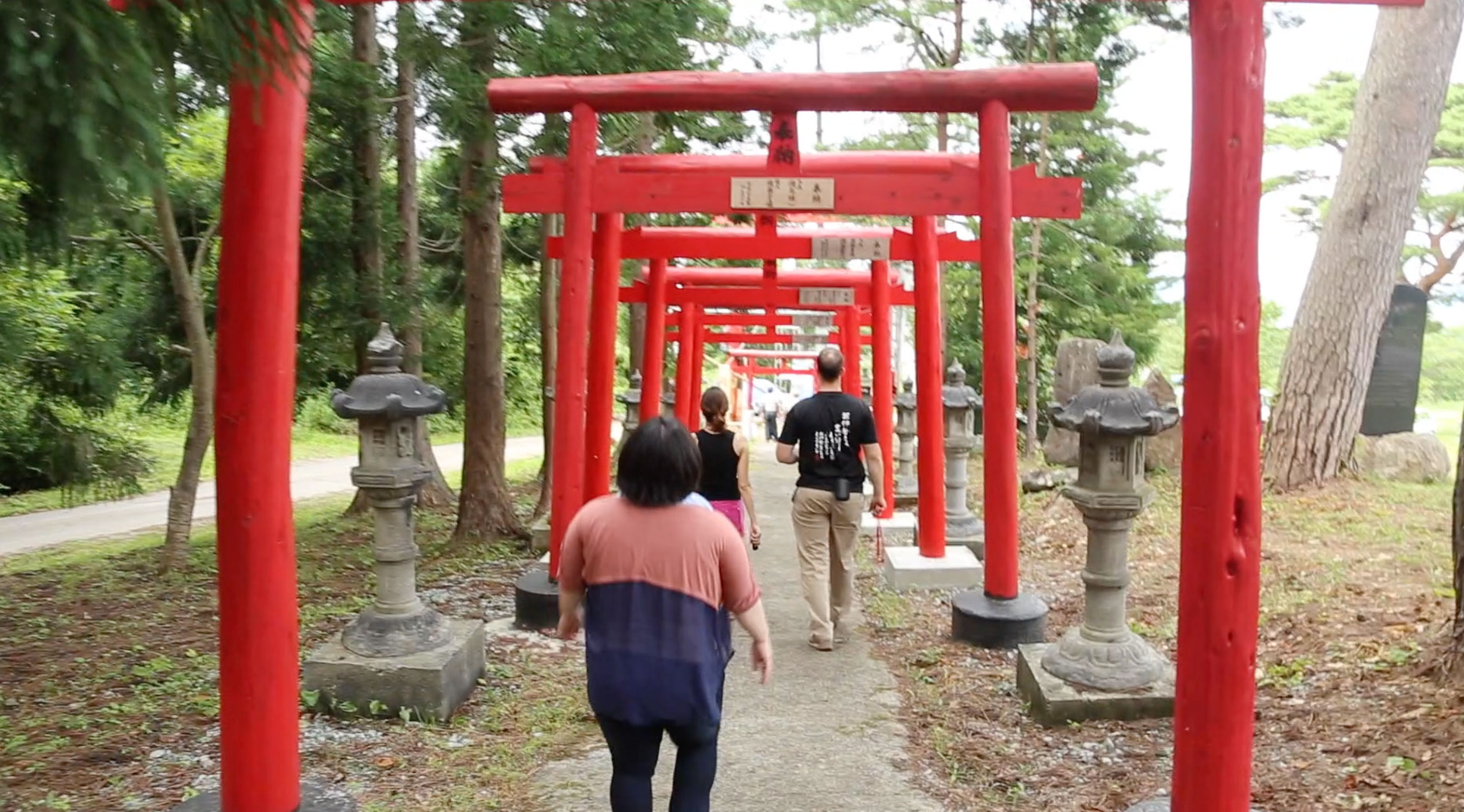 She and her mother suggested us to pay a visit to the Akakura kamisama-machi 赤倉カミサマ町, to ascertain the present day situation and we followed their advice. We arrived on the location the same day, around the early afternoon. We could travel by car a good part of the itinerary, until we reached a small clearing where we had to park; we continued by feet in the woods, with the river at our right, for about 40 minutes, and we finally reached the kamisama-machi.

This is a peculiar place, even more so now that it’s almost completely abandoned; it’s made of a dozen of simple, basic building, of one or two stories, clinging on to the wooden and rocky ground. They are completely surrounded by the woods, while the roads and the walk paths slowly disappear. The huts are still equipped with water supplies, and they seems to have been used until short time before; nevertheless, Iyo-san and the informants I spoke to reported that the place is now completely abandoned. 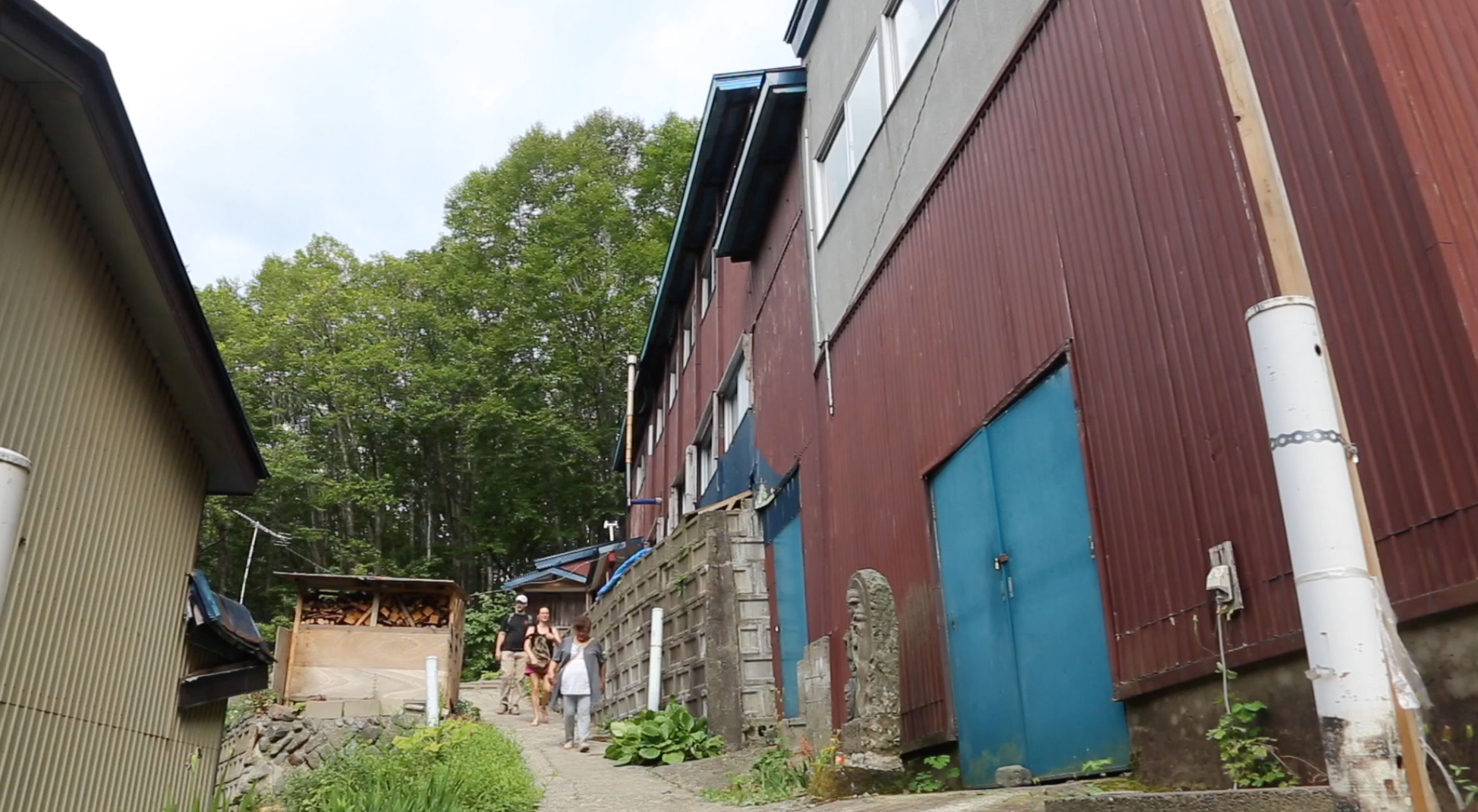 END_OF_DOCUMENT_TOKEN_TO_BE_REPLACED

Painting Japanese buddhism and religions | Traditions and culture in Japan

Japanese buddhism and religions Hi and welcome back! Today, I want to have a quick - and easy - chat about Buddhism: I talk about the figures of Bodhisattva, which in Japan are called bosatsu 菩薩. In the...

END_OF_DOCUMENT_TOKEN_TO_BE_REPLACED

You all know by now how much I love books. They are some kind of fetish to me, I need to buy them, smell then and consume them. A few months ago I talked...