If you are looking for some Japan travel ideas, I should mention Mie prefecture, south of Kyoto; it is mainly popular for being the home prefecture of Ise Jingu, the most important Shinto Shrine of Japan. To take a break from Okazaki routine, I decided to join another school trip, and I visited the area.

The Shrine on the Sea 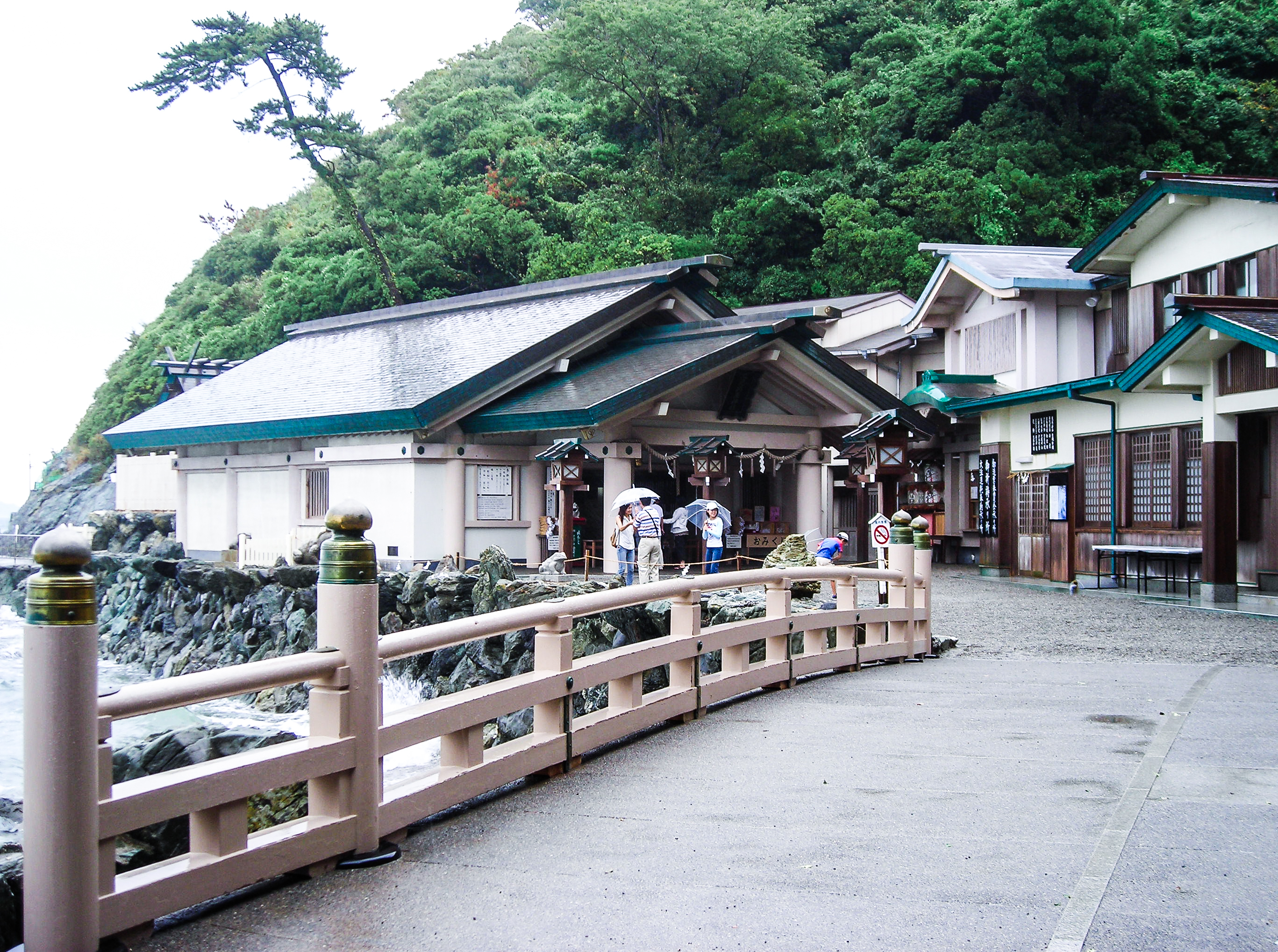 As for all the other trip, we left at dawn, so I have to admit I do not remember anything at all about the route and the first few steps in the prefecture, but I remember vividly the awe when I reach the sea. I expected to see only Ise-jingu, and nothing more, but instead I found another little corner of paradise soon after the bus stopped, the Futami Okitama Shrine. In previous eras, the jinja was a complex of several shrines, among which there was the Ama no Iwaya shrine (very close to the main entrance to Futami), enshrining the stone kami, representation of Ama no Iwato, the cave where Amaterasu secluded after the fight with his brother Susanoo no Mikoto. The Shrine is dedicated, among the others, to Sarutahiko no okami, probably a local kami of the region, who is thought to have guided Ninigi no mikoto during his descent to Kyushu. This shrine was also historically significant since pilgrims headed to the Ise Jingu would gather here to cleanse in the saltwater (a ritual called hamasangu) and begin their journey. 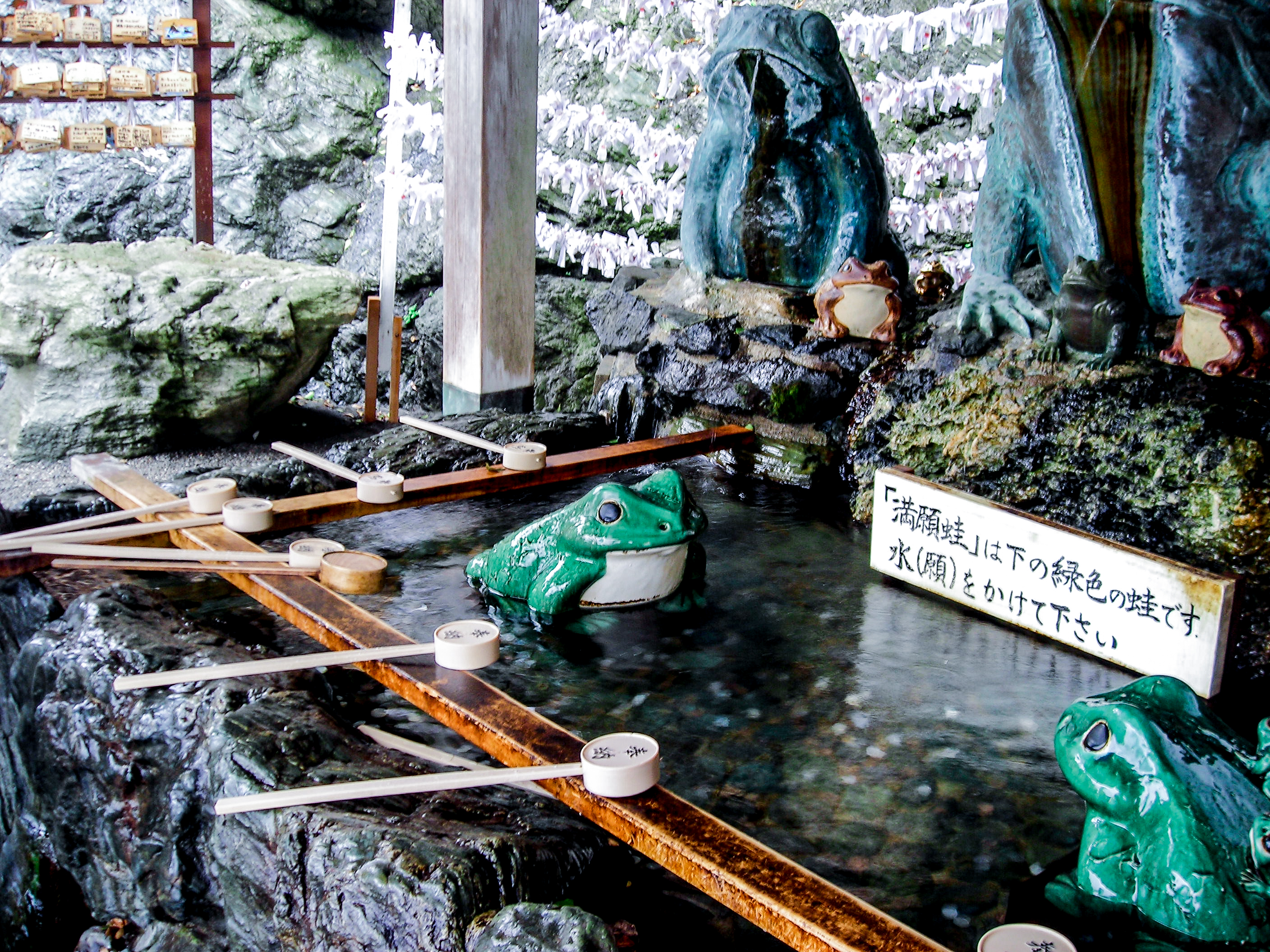 I expected to see only Ise Iingu; instead I found another little corner of paradise soon after the bus stopped, the Futami Okitama Shrine @EmmezArt

One feature that cannot goes unnoticed is the abundance of sculptures of frogs: Futami Okitama Jinja is also known for its myriad sculptures of frogs. According to some legends, the frog was a ritual offer to the sea snake dwelling in the bay, in order to calm its spirit; moreover, the frog is considered to be the symbol of the enshrined Sarutahiko no okami.

Meoto Iwa, or the married rocks

Maybe because I love the sea, maybe because the rainy wheather contributed to the blu-and-grey atmosphere, or maybe it was the wind, the gently blew with the smell of the waters. I can’t really say. I found myself by the see, walking along a path that looks directly at the blue waves until I reached a simple and fascinating shrine, the Futami Okitama Jinja, whose colors matches that of the ocean. A small ceremony was about to start, and I could spot various red and blu akama (the traditional robe for shinto priests and maidens), while a kannushi diplayed an amazing purple robe. Since I wasn’t in the mood for peeping in the private gathering, I kept walking, surrounded by frogs, and while I was doing my best to collect the more frogs I could in my camera, I found myself in front of one of Shinto most popular icons: Meoto Iwa, the married rocks. 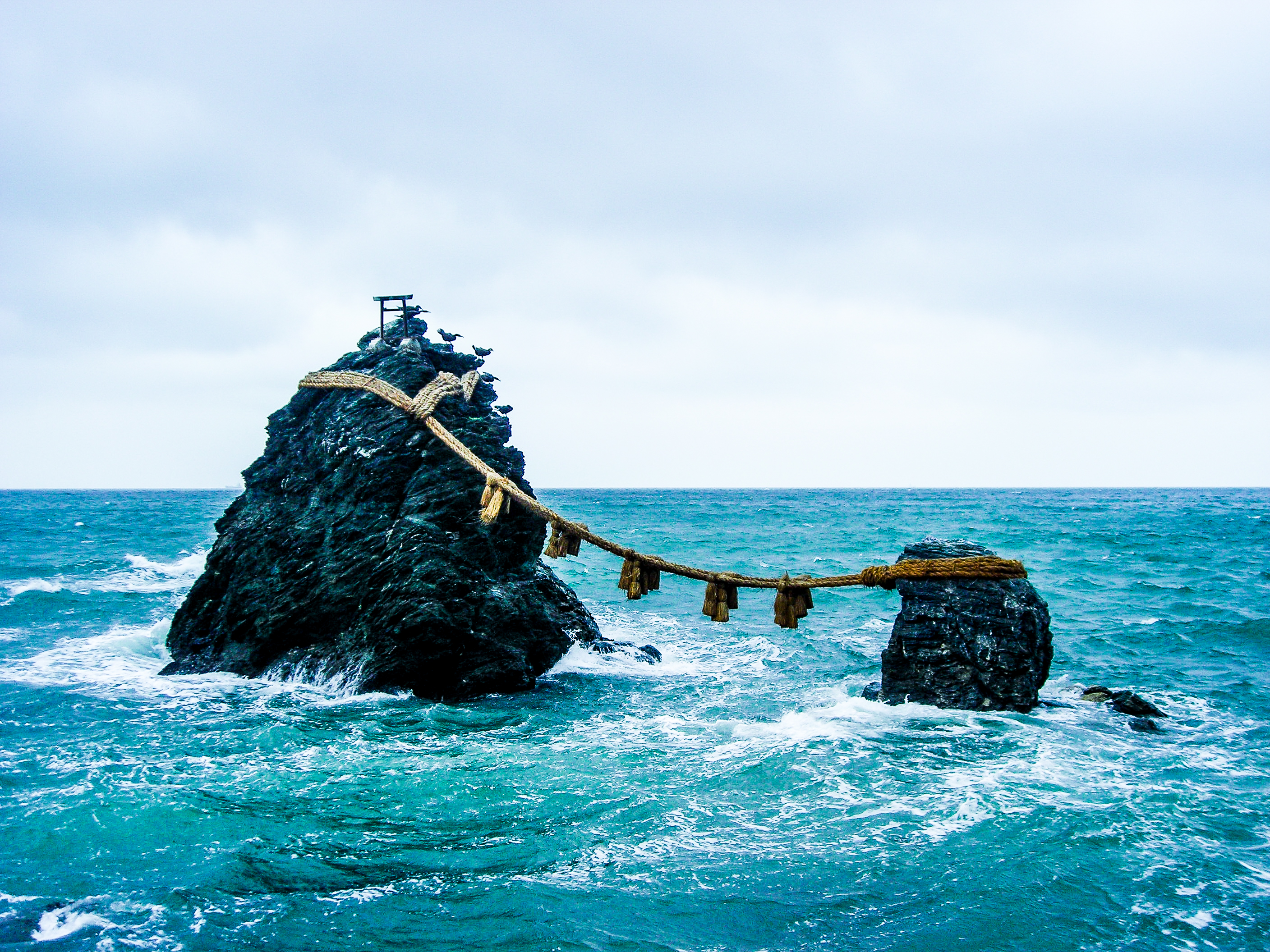 As the legend goes, these two rocks represent the union of the two original kami, Izanagi and Izanami, the divine couple from which all other kami are generated. The larger rock, o-iwa, is about 9 meters tall and has a small torii on top, while the smaller me-iwa, is about 4 feet tall. A sacred rope (the shimenawa) unite the two rocks, as if they were holding hands. The tide here changes quickly, and I was lucky enought to meet the married rocks with the high tide and with a rough sea, which reinforce the image of the sacred rope keeping the rocks together against all odds. It may seems quite a simple landscape, not particularly thrilling; instead, there is something touching in the sight of these two rocks bound together, facing the waves, the rain and the wind of the ocean.