As far as I could perceive at that time, Okazaki is a medium-sized city, laying on wavy hills and crossed by the river Yahagi. Being used to the italian and european cities, the first thing that came to my mind was to find the city center, a sort of core (the most historical, or the most populated, I don’t know…) where the ordinary city life would be articulated: this is a mistake I did several times, even later in my trip. 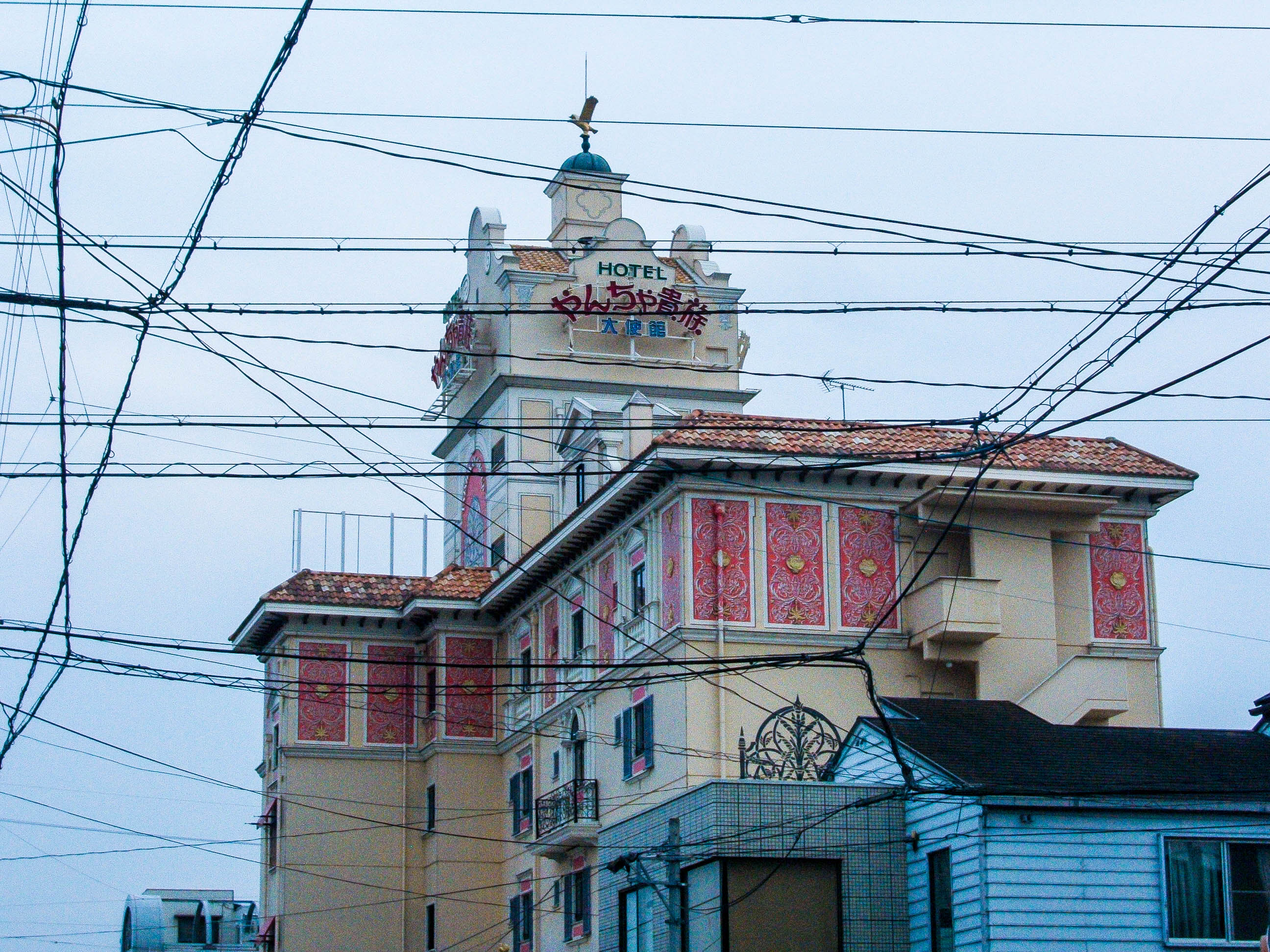 It is difficult (expecially for those used to the simmetria of a roman city) to orient oneself in the japanese cities, not because they are majestic metropolis or because they have a particulary complex street net. It is more a perception of dispersion, so to speak. It is the feeling that the city unrolls on a wide territory without a clear-cut distinction between a center and a outskirt, organizing instead in a series of nucleuses, each of which holds its own character and movements.

For me the consequence was that a city like Okazaki, of less than 400.000 inhabitants, seemed endless as a metropolis. Even more, in my opinion Okazaki offers (clearly from my point of view) an excellent visual depiction of the average Japanese town: before I left for Japan, I received some very disappointed messages of fellow students who couldn’t find in Japan (and Okazaki in particular) the traditional wooden houses with the sloping roofs and stone fences. I can still clearly remember the complaint: “here everything is prefab, crumbling. Really sad.”

It is certainly not my job to defend the tastes and the architectural choices of Japanese people, but probably expecting to find oneself on the set of Memories of a Geisha might in fact be a little unrealistic. And I don’t want to seem a know-it-all, stating with certainty that I knew what I would find, because no one likes smartasses.

So, I won’t say that (even because it wouldn’t be completely honest)

But I figured with enough lucidity what I would not find. I knew I wasn’t going to land in Meiji Japan, with its tiny unpaved streets, with rickshaw running among the crowd, and with small wooden houses with sliding doors. I knew that, with the exception of particular places and clefts, I would find myself in a very contemporary (almost post-contemporary) world, where pragmatism and functionality would be the main concern. And Okazaki mirrored somehow my expectations: the majority of the view is monopolized by medium-height, solid squared-shaped modern buildings, not always tidy. Signs and advertising dominate the roofs of the highest buildings, colorful and perhaps intrusives but salvific in a place where it is way too easy to lose the sense of direction. I’d say they can be even reassuring, marking the path towards specific locations, and confirming you are on the right path.

Beside the modern palaces, it is possible to spot, from time to time, smaller single-family; they are narrow, with small gardens at the entrance, two stories with not to wide windows, and somewhat messy in the look. Some of them have canopies taylored to the inch to protect the family cars, transforming the parking in an art and a challenge. 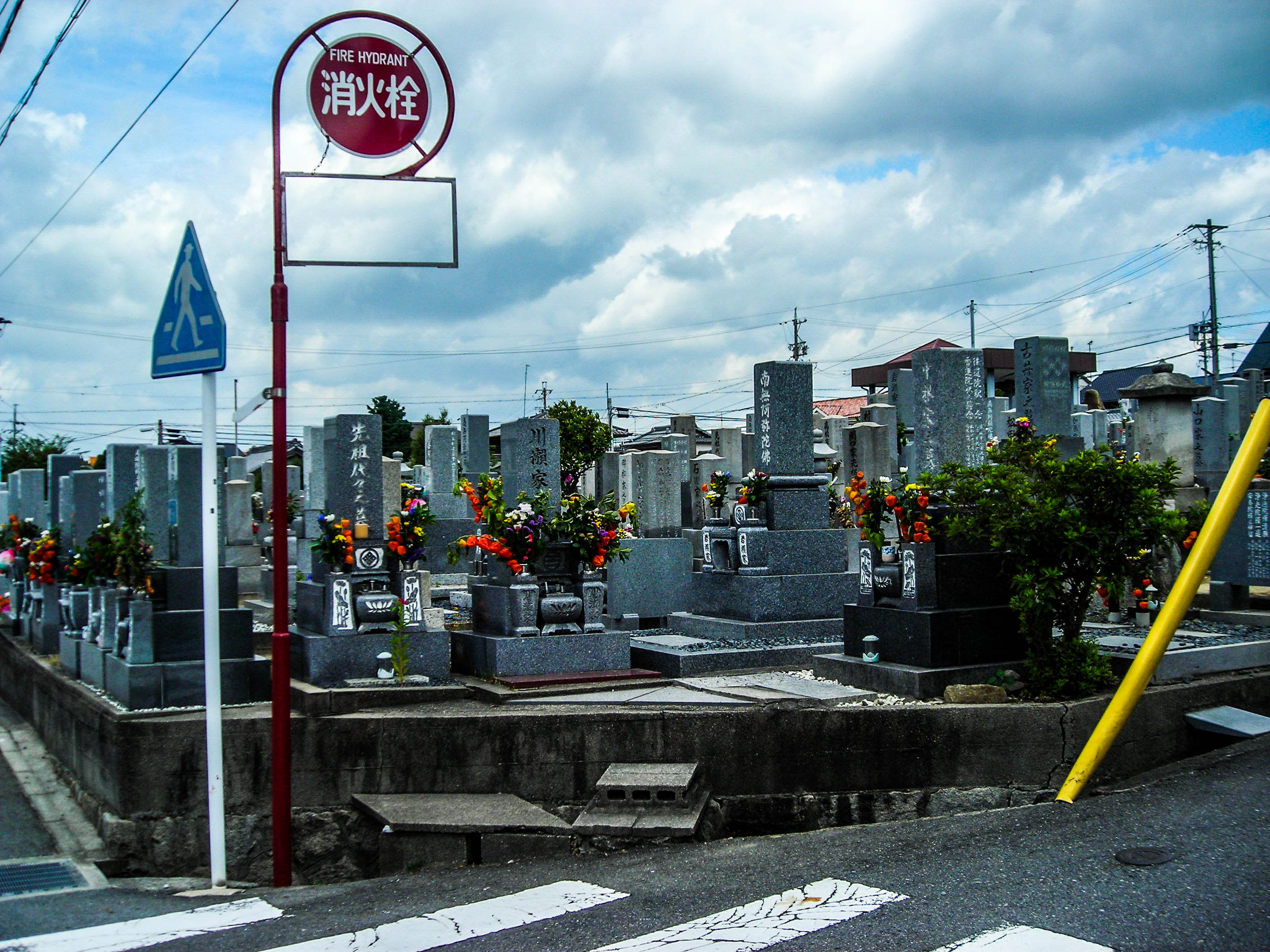 A very vivid memory I treasure from Okazaki, probably because it was in my way from the dorm to the school, close to the small wood flanking the street, is the small cemetery laying among the small houses; a silent place, clean and almost cozy, where from time to time someone stopped to place some flower on the dark-grey graves. It was not surrounded by walls: this is strange for us italians, since we usually perceive cemeteries as forbidden lands where one should venture with caution through heavy walls and iron gates. Here the access is free, in the sense that it seems like the cemetery coexists with the flow of everyday life, between a bus stop and a shop entrance. The cemetery is involved in the business of the living, and this gave me a sensation of immense comfort, even if I couldn’t tell why: maybe it seemed to me as if there could be a sort of continuing bond between us and them, and a greater will to keep them involved in our life. If I think about it now, maybe that small graveyard in Okazaki was the first place in which I perceived that in Japan death is a completely different matter.

That small graveyard in Okazaki was the first place in which I perceived that in Japan death is a completely different matter. @EmmezArt 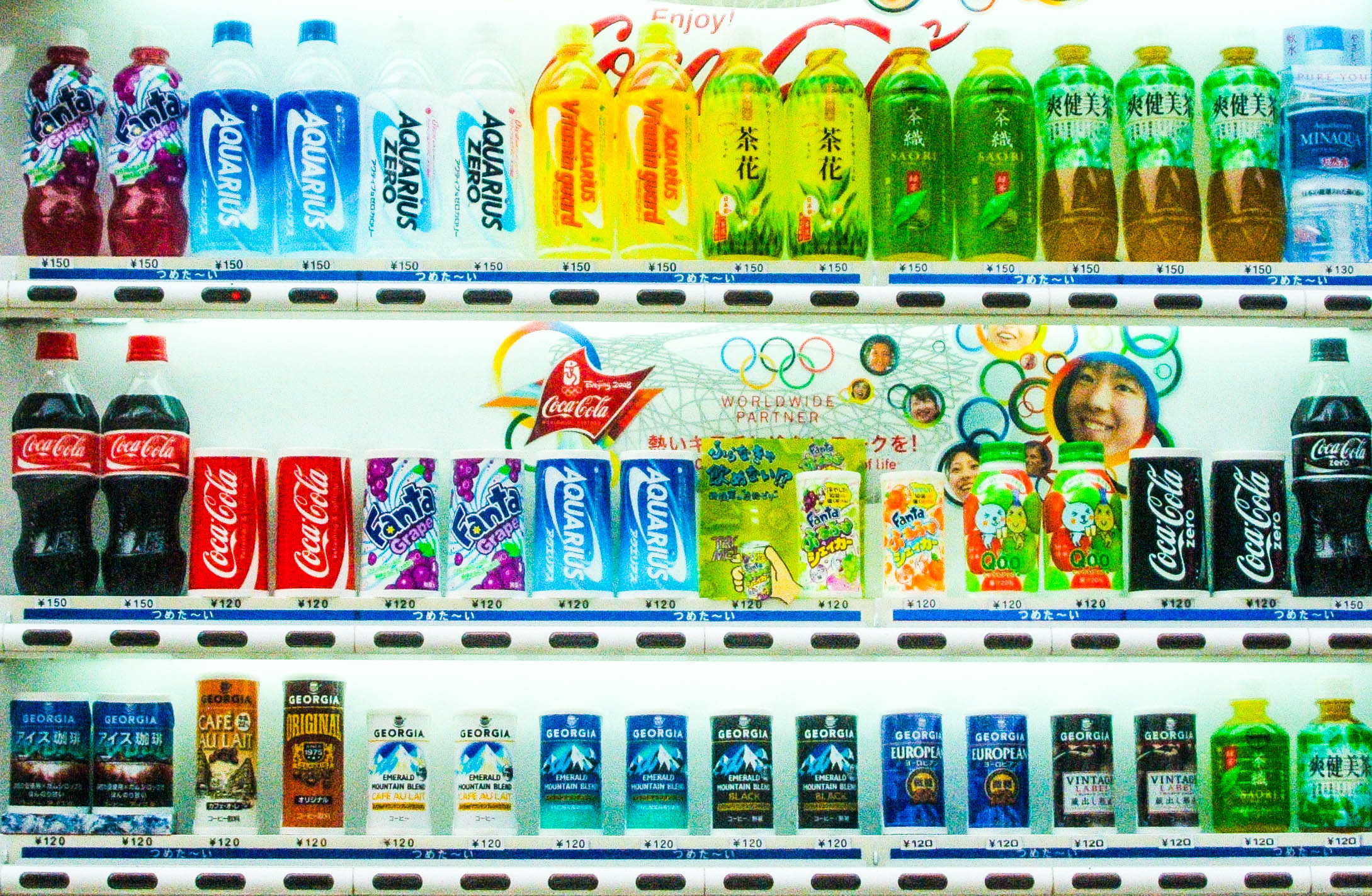 Okazaki also disclosed a much more profane pleasure, which however followed me through every visit to and through Japan: the love for the Jido-hanbaiki, the ever present vending machines. Now, you must remember that I landed in Japan in probably the worst season possible, in the wet and humid weather of summer, and maybe for this reason I could immediately appreciate the salvific presence of these bright boxes, filled with kanji and kana writing, with the colorful beverages orderly arranged in rows (now, the more modern ones have a touchscreen display). These presences represented the most immediate comfort from heat and sweat in those terrible months; 200 yen, and you would discover the magic of liquid cold rehydrating the body. An handy refreshment, night and day, in the streets or parks of the city. Ode to the jido-hanbaiki.

An handy refreshment, night and day, in the streets or parks of the city. Ode to the jido-hanbaiki. @EmmezArt

All pictures are mine

Do you have a similar experience when you visited Japan? Have you ever been to Okazaki-shi? Let me know in the comment, or feel free to use the form below