NEW VIDEO INSIDE!
Among the trips that most left a sign in my eyes and (romantically) in my soul, I must mention my four-day trip di Hiroshima, and I must suggest you visit it too. If I remember correctly, I took advantage of Obon festival celebrations, during which school was closed, to plan four days in the city I always dreamt to visit.

The city of Peace 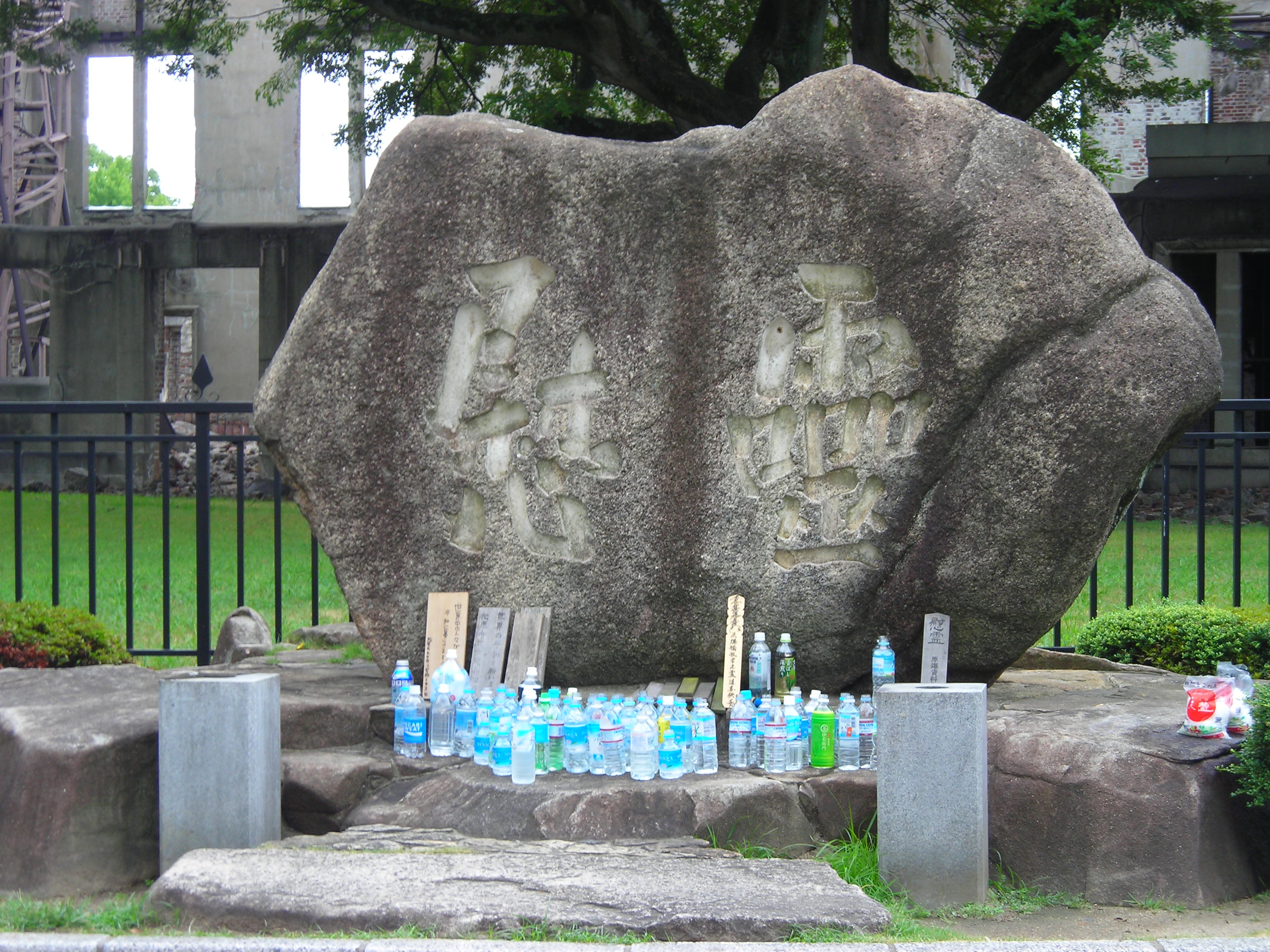 Hiroshima is a few hour from Nagoya (with Shinkansen), so it was necessary to have a few more time to visit at least some parts of the city and the beauty that is Miyajima island, half hour from Hiroshima by ferry. I left enthusiastic from Hiroshima, picturing images that I had not seen yet and fantasizing what the actual city would be. After a relatively quiet trip, with maybe just one change in Kyoto, I finally reached the destination, and since it was almost night I headed to the hotel I booked the day before, the Sunroute hotel – almost in front of the Hiroshima Peace Memorial Park – a honest and clean three stars hotel with incredibly wide rooms for Japanese standards with an amazing view on the park and the river that crosses the city. It was indeed an almost distinguished hotel, for my standard!

In spite of the heat – that clearly cut no slack and made every movement harder – I went to take a firs look at the city that I only took a quick glimpse to from the tram (so beautiful, with an ancient attitude, I don’t know why ) from the station to the hotel. So I decided to take a walk in the early Japanese night in the city lights that were beginning to dot the streets. it was almost dinner time, and of course my first need was to find something to eat.

What to expect when you visit Hiroshima

A little foreword may be necessary, in order to understand what my first meeting with Hiroshima actually meant. When this name resounds, often only one thing comes to mind: the tragedy, the horror. A wrongdoing humanity committed against itself. Death comes to mind. You can easily imagine a reality where the funereal blanket of memory dictates the silence, a respectful and constant mouring. Maybe that’s it. When the name Hiroshima is heard, mourning and grief come to mind. But no. From that night (and maybe even before through the tram windows) Hiroshima proved to be a joyous, dynamic and vibrant city. With and effervescence running beneath the surface and affecting somehow the air you breath. Maybe that’a how it is supposed to be. I never travelled to other places with such a painful history, and therefore it is hard to offer a realistic and respectful comparison, but it seems that the very experience of horror constitutes the power to create a present in the name of life.

When this name resounds, often only one thing comes to mind: the tragedy, the horror 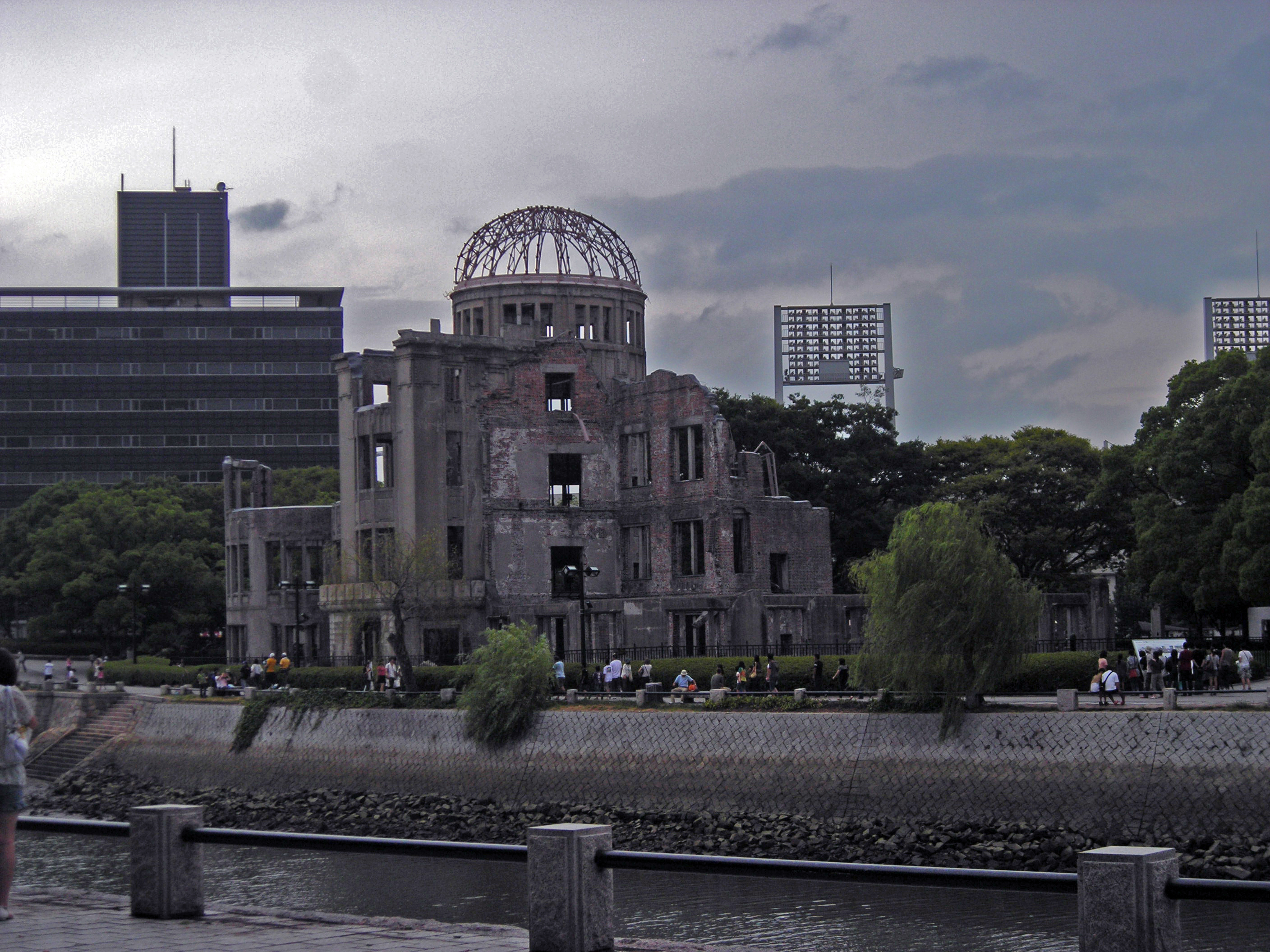 This does not mean that some signs remain: Hiroshima seems to have no intention to forget or hide the tragedy. That tragedy is indeed under the eyes, in the center of the city among the modern skyscrapers and the neon lights: it has the shape of a small western-style, concrete building with the copper dome whose skeleton is now widely popular. The A-bomb dome, with its decaying yet extremely recognizable outline, is there dominating the gaze of tourist and locals, as an eternal memory of that long gone august day. Yet, walking around the perimeter of this ghost, that day doesn’t seem to far away; it is like being there, the day after, in the silence shrouding the space as I imagine after the explosion. The dome is all that survived of the old Hiroshima; and it seems to know it and to silently scream to every visitor, to every inhabitant of the place, of the world maybe, that more than seventy years ago, it was there witnessing. There is no anger. Only a deep sadness, almost the fear of not being heard.

I met the dome for the first time on my way to the hotel, that morning, through the Peace Memorial Park. I caught a glimpse of it that night, in the middle of the city lights. In quel whirlwind of lights, its presence is somewhat odd: it is a double reminder: among all these lights, remember I saw. But also: in spite of what I saw, look at these blooming lights. The double possibility of remembrance and rebirth, one almost unthinkable without the other.

The double possibility of remembrance and rebirth, one almost unthinkable without the other

That night, walking around for food, I found myself in a very lively neighborhood – one of those classic, commercial Japanese shopping galleries that you can find in almost every japanese city – and in a small square crowded with people I found the wonder of all wonders: a street food stand, with the traditional small curtains at the entrance and seats at the counter, offering the amazing Hiroshima-style Okonomiyaki. Now, the okonomiyaki deserves a novel of its own. That fantastic mix of tastes with the cabbage and the sauce creating the absolute pleasure. Okonomiyaki are popular all around Japan, and many cities have their variations (one of the most renowned is Osaka’s); in Hiroshima, okonomiyaki is prepared with the traditional base, cabbage, noodles and (if you want it) meat. The result is something very hard to manage if you are not used to chopsticks, but equally delicious for whoever has taste bud (and hunger enough). In that manga-style restaurant, with cooks flaunting a white kerchief on the forehead, the smokes from the plate in the hot august night, I can say I was in a different dimension.

What is your experience with Hiroshima? Did you ever visit it? Do you have any image that pops into your mind when you hear this name? Let me know in the comments, or feel free to use the form below