During my very first travel of Japan, I remember my first trip to Nagoya, in the heat of a july weekend: I left from Okazaki with some friends to reach Nagoya Castle and then wonder around the city.

Visit Nagoya in the Summer

I won’t repeat myself anymore, it was hot, and that made even more striking the female outfit I saw around the city streets: ladies with long-sleeves, teenagers with miniskirts and fur boots, the arms often covered with long white gloves, in a mixture between curious fashion statements and the need to protect the skin from any amount of tanning. Recurring mark, the sun-screening umbrella, whose use is indeed a means of survival – as I learnt few years later – not only to shield the skin but mostly to protect the head from the heat of the sun. I could barely survive with the tank top – element which may have caused some negative feedbacks from the local ladies), so I’ll admit that enduring such a covering outfit is an act of heroism. Like men in suits that will sweat their souls in every movement between the metro and the office, or the office and their home. All these thought crowded my head on the way from Nagoya Station to the Castle – the second I saw after Okazaki’s.

I remember my first trip to Nagoya, in the heat of a july weekend @EmmezArt 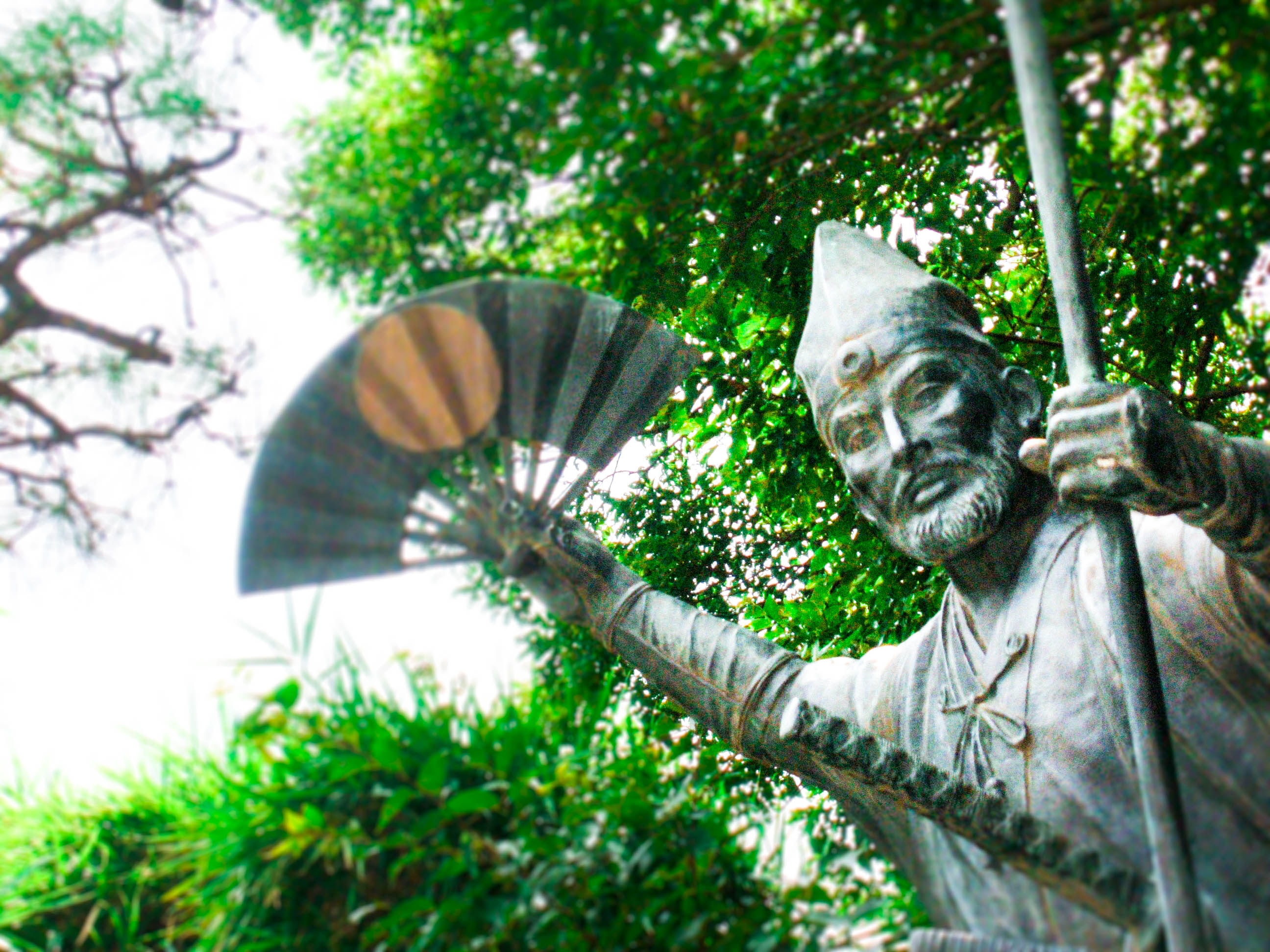 Historically, Nagoya is a very important city because it is linked with the Tokugawa family, founders of the great Japanese bakufu that ruled the country until the Meiji era. Tokugawa Ieyasu, the forefather, appeared various times along the road to the castle and in the surrounding park: the castle itself retains, some reconstructions of the original structures and of the feudal lifestyle. From the summit of the castle, a wide view opens over the city, which is now more popular today for its car company (the Toyota). When hunger begins to be an important issue, we take a detour to less cultural and more satisfying paths, and we enter a commercial district (Ōsu – Naka ward of Nagoya) where clothing stores are spaced out by bar and noodle shops; it is already quite late, around 3pm, and despite the caution of some of the fellow travelers, we don’t waste too much time discovering the area and we enter the first restaurant (chinese food) on our way. The lady inside accepts to feed us in spite of the late hour, and she suggests what was my first ramen, a bowl with warm broth and nuddles, meat and several others ingredients; a very popular street food all over Japan, with several variations according to the regions. I am not a big fan, but hunger was intense and the dish was emptied in few minutes.

After a small siesta after the feast, trying to catch the breath in the heat of the afternoon, we head to two temples of the city, a buddhist and a shintoist one. While in the former (Ōsu Kannon, of the Shingon sect) I remember the jubilation of reds, oranges and waving flags, the latter (Atsuta Shrine 熱田神宮 Atsuta-jingū) was dominated by the silence of the wood and the trees, in an almost refreshing and intimate atmosphere within nature; tradition holds that in this shrine is kept one of the three imperial treasures (in particular the Sword) and therefore this is one of the most important place for shintoist practices and rituals. 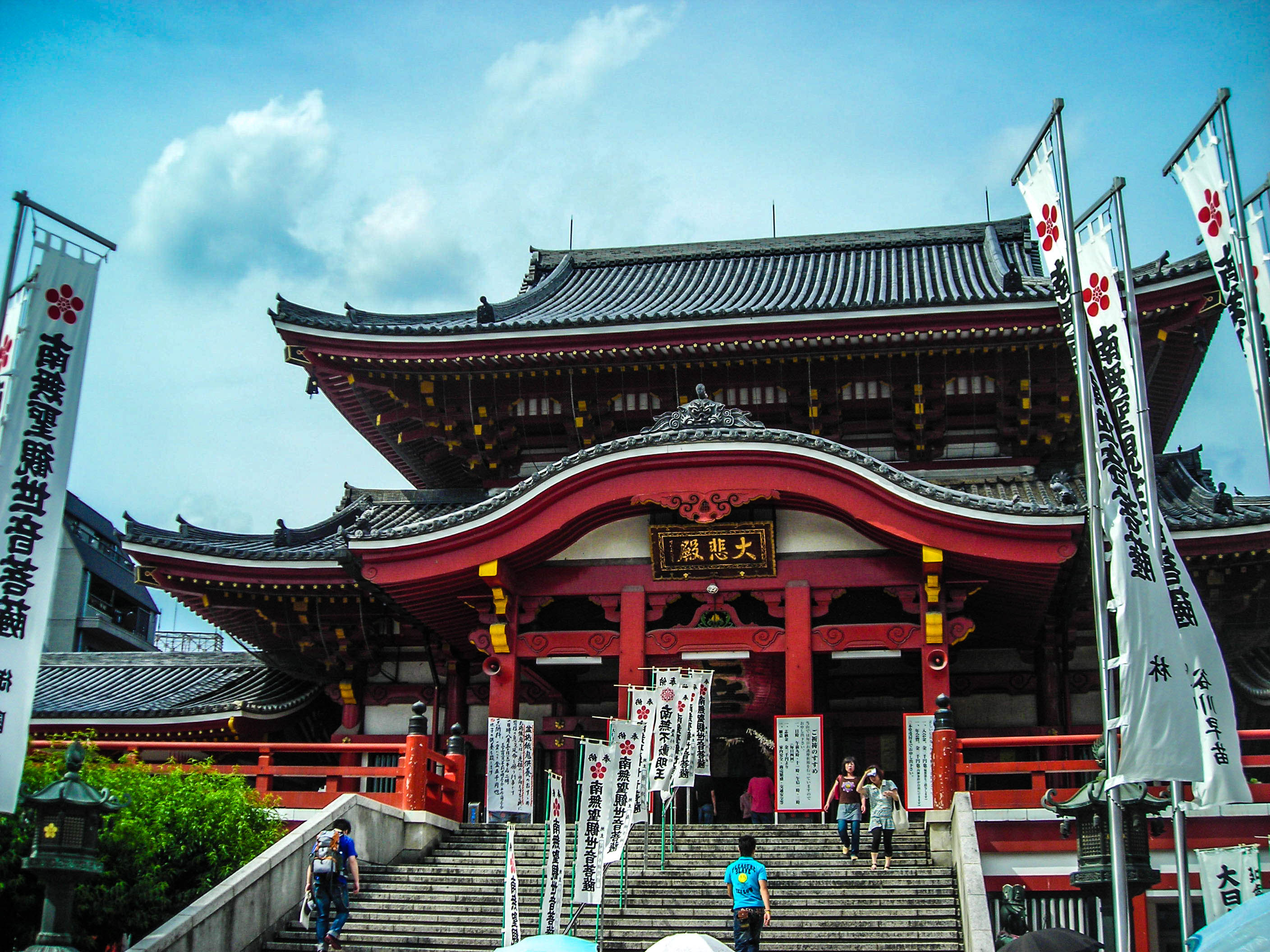 I remember the fascination for this place, and my preference for shintoist centers, which for me are more sober, more hospitable than their buddhist counterparts: this does not deny the beauty of Buddhist temples, often more evident than that of Shinto buildings, but the different structure of these latter (usually scattered in a natural environment such as a wood or the mountain) appeared to me as more reassuring, more honest and perhaps more intimate and private. I experienced the same feeling later in Ise, but I will tell you about it later.

I remember the fascination for this place, and my preference for shintoist centers, more sober, hospitable than their buddhist counterparts @EmmezArt

The way back (as usual when you are tired) was longer and harder. The dominant desire was to lay in my sober room with the cool air conditioning on my tired legs, a real slap in the face for any possible sickness, while enjoying a fresh takeaway sushi from the nearer supermarket.

All pictures are mine

Have you ever visited Nagoya and the amazing Atsuta shrine? Let me know in the comment, or feel free to use the form below